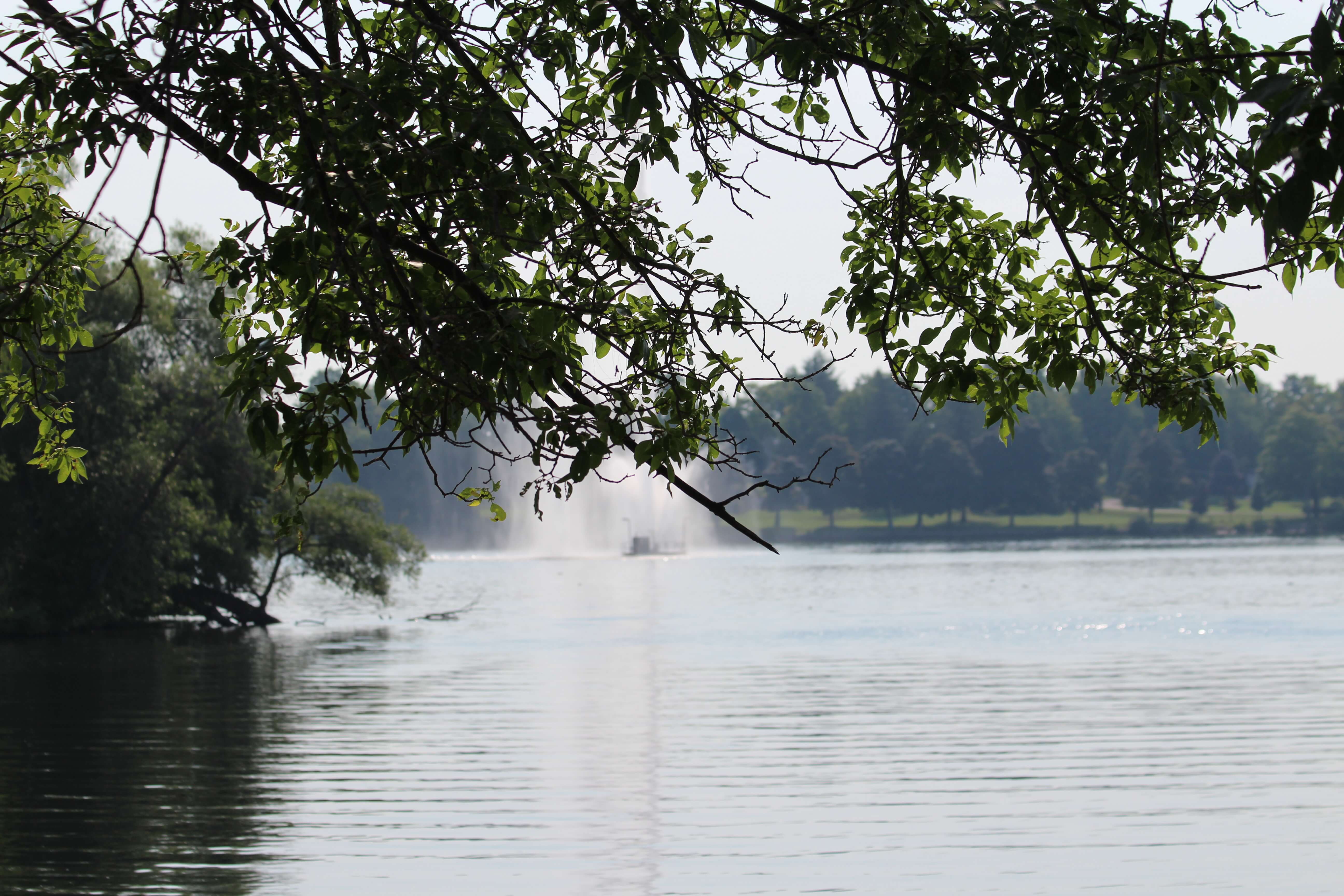 There’s a new angel in heaven.

Once I stopped crying for a bit, I started to think of the many happy times we had shared.   I had watched the Mark J. video about what we need to do for Week 5 and he had mentioned a snapshot of a time to keep in your mind that showed a feeling and I immediately had one about Marilyn.

I think it is important for other MKMMA people to note that I thought that if I heard that my friend had died, I really worried, that it might really spiral me into depression, but because of the way this program is helping us, I am processing it far better than I had envisioned – thanks Mark J, Davene and team!

We had both had operations for cancer, Marilyn had also had chemo, and now we were in Kingston, Ontario, Canada for radiation. Because we had daily treatments and lived too far away to travel back and forth to our homes there was a house we stayed in during the week.

This house had been converted into small rooms with single beds and a small sink in each room. There was a large main meeting room with puzzles, books etc. and TV and it had a big kitchen where we all met to get our meals. I remember particularly, for whatever reason, that there was a huge walk-in cold storage area and we each had our own bin to put the food we brought from home in.

Now you might think that walking into this situation would be very depressing, but surprisingly the gals and guys all tried to help and uplift each other.   Many tried to reassure each other about what was about to happen so it would not seem as scary.

People came and went, but I ended up being very close to 2 gals there, Marilyn being one of them, and we did everything together. There were a lot of museums and places to see near-by and so we would pick something each day to go and do.   Somehow we had picked the furthest away first, which was good as near the end of my treatments I got I could not walk very far.   And the best part was that we were on Lake Ontario, so we could sit by the water and watch the birds fly by, see the boats and watch the children playing.   Oh my, the water was so soothing, in my mind that was probably what got me thru those 7 weeks!!

Anyway the picture I hope I will always see, was one night our ‘three amigos’ decided we would look in the fridge/freezer that had a few communal food items, to see if there was anything we could eat (I sure wish my friend was here to ask why we decided to do this), anyway we came across these old tubs of ice cream that we thought we would delve into.   And although you can’t possibly see why we thought this next part funny, we did – the ice cream was old and shrivelled from the sides of the containers and we looked at each other as if to say – well are we going to try eating this and broke into peals of laughter.   Now, for those who know me, sometimes once I get laughing I can’t stop, water spurts from my eyes, and I have actually gotten asthma from laughing so much.

But there we were, 3 gals, not knowing whether we would survive our illness and yet we laughed until our ribs hurt and actually slid down the counter almost to the floor we laughed so hard.   What a marvelous moment of comradery and bliss as we shared that good time/funny time together.   We had taken lemons and made lemonade.   We were living in that moment alone – and isn’t that what this course is trying to teach us.   Just enjoying being with each other in the moment living without fear.

I sure wish someone had taken a snapshot of that moment so I could see Marilyn and Pat holding their stomachs, we laughed so hard.   If laughter is the best medicine, we sure must have healed that night.

Marilyn and I did get together at least once a month after we left that hospital, but we couldn’t seem to track down our other friend.   I hope she survived, but I was afraid she didn’t.   So now I am one.

Marilyn and I had many times together after we got out of the hospital, and as we both needed healing after our treatments were over, many of our times included walking by the water!   She lived near a waterway in a town not too far from where I live, and I also, as mentioned before, live near lakes and rivers, so every time we got together we picnicked or walked and chose restaurants by the water and that made our time together even more special.

My friend Marilyn had a daughter with autism and my Definite Major Purpose reads that I hope to help children with autism with the product that helped save me in so many ways.   By the time I reach the goal from this DMP a study in Florida should be finalized to help me with this wish.

I hope that Marilyn’s son will read this dedication of his mother.

My friend Marilyn was:

Brave –  She spent every day trying her hardest.   I gave her tips to help with cancer, but I unfortunately do not practice what I preach like Marilyn tried. She could be far more positive than me, even though I was the one trying to help her feel better.

Caring & Good Mother –   She cared so much for her family.   She often talked about what she was picking up for them and how excited and proud she was of her son and daughter-in-law on their wedding day.   I loved to hear her describe the dresses and theme for the wedding etc.

Organized – Every time I saw her she had just been to a meeting to help her daughter with autism or was going to one after we met for lunch.

Good friend –  She often talked about her friends and what they were doing. She had many good ones that helped her and visited her when they found out she wasn’t doing as well.

I tried telling her how much she meant to me the last time I saw her, but didn’t do a very good job.   I hope she knows – I think she does.

I am so glad she got to go on a trip to British Columbia to have fun with friends she had a trip England and also New York with family – it was great to hear that she had such a good time.

To her husband, and family I hope time will soon ease their pain. I wish I could say the words that would make them smile.   I hope this memory of how special she was, will help a little.

Luv you Marilyn – I know you are happy on the other side!   I sure am going to miss you…   One of the Three Amigos

You are a great example, thanks for the encouragement.
We have a choice how we think of any situation.
And to think I/you don’t ever get over it, We just get Thru it
with a Mastermind of like minded sisters and brothers,
Stay Strong

Thanks so much for your great reply. We all need support and encouragement, some days more than others. Thanks for leaving your note on – stay strong – kind of need it this week! Hope you have an awesome journey as well.

What an amazing store and tribute to your friend! Thanks for sharing.

Thank you for your kind words – I hope you have an amazing MKMMA journey. hugs Connie

What a wonderful post! Thank you so much for sharing, I lost my best friend and sister of my soul to cancer. It is truly the joyful, heartfelt, wonderful, laugh until we cry, snapshots of memories of a 40 year friendship that I will always cherish and treasure, Thank you for the poignant reminder that there is joy even amidst the grief, and a special thank you for sharing your journey
Love and light to you,
Leslie

Thank you very much for your kind words. Yes, we have lost several very good friends, and it is not easy, but I really think the MKMMA course is helping. I am a cancer survivor, and had a journey to health which I talk about in my press release. Keep thinking the good memories of your friend. They know we care and think of them often! hugs Connie

My Dear Connie. We both have share this unfortunate but needed necessity of the circle of life, way too often over the past couple of years. Your story is so beautiful, I can only vision where you will be going during your sit this week. may Marilyn guide you to write the most beautiful Interview of all Interviews. Thank you for letting join you in this journey.
Cheers

Well, now you have me crying again, but tears of joy at your kind, caring words I Sincerely thank you, Connie

I have always avoided people who just had someone pass away, not because of what it feels like being around them, like many others you just dont know what to say other then sorry for your loss. But I can tell by your blog you are some how dealing with differently. I believe it must be because of MKMMA. You are refusing to let the sun go down on your light and progress. Looking forward to seeing your comments on my blog BeBlessed – Darren

Appreciate you insights – thank you

Connie …. I’m so happy to read this. While I’m sorry about your friends passing and your loss, I can’t help but smile as I see you handle this situation with so much strength and positivity! I’m so proud of you. This is the Law of duel thought in perfect practice. Thank you so much for sharing this. Your Awesome!!

Oh, your comment warmed my heart – thank you so much for contacting me. Your words really helped!! hugs Connie

Dear Connie, What a big transition this is for BOTH you & your dear amigo, Marilyn. What an interesting time to live in ‘no opinion’! Love, Linda

the ‘love’ at the end of the message says it all – thank you very much for caring!

TIRED OF THE SAME OLD TUNE?
Get the playbook to start dancing to a different beat...