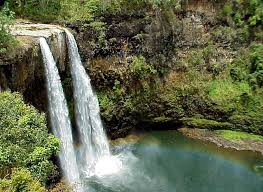 Yes, for those of you who have followed my blog, I am still on a water theme. It still fits in with this week’s experiences!

But before I start, I’d like to mention that there is a young Canadian man who realized he had a special gift at a very young age.   Children don’t realize they are different until adults start telling them what they are feeling or seeing is wrong -until their parents tell them so, and that they must change and fit in with what they call “being normal”.   Anyway, this young lad had supportive parents! His mother was very ill and suffered terribly.   This young lad could not stand to see her suffer. The gift that he had, and which he honed, was that he would see a vision of the person and what organ etc was causing their problem.   He went to his mother’s bedroom and saw a large red ball of light in her head that was causing her terrible pain and he thought I will just reach in and pull out her problem. He visualized it, did it, and his mother recovered from her debilitating illness.

This young man went on to heal others, at his parent’s prompting.   Then went on to show many how people could heal themselves and did healing sessions in large auditoriums. Even healing singer Ronnie Hawkins of cancer, by visualizing his healing from British Columbia while Ronnie lay in a bed less than an hour from where I live in Ontario.

One of  the healing techniques he teaches others to do, is to visualize being under a waterfall, and feel it healing you and cleansing away your aches and pains, relaxing your body to heal itself ….

As I walk toward the waterfall, I feel the cooling, calming moisture on my skin.   And this week has had some of those feelings.   I believe I have been feeling more confident, calm, assured and more care-free.

Droplets of water fall on my face as I get closer to the waterfall, and I have been having splashes of aha moments and signs that I am shedding some of the plaster that was weighing me down, and my light is beginning to shine brighter.

But as I get closer to Week 4 webinar, I plunge entirely into the cold water and there is a feeling of drawing back, because the water is so cold and I am startled, but then I get use to the cascading water and adjust to the temperature.  This week we were told would be a bit of shock but I have gotten through it, more of the baggage washes away, and I feel calmer and exhilarated all at the same time.

While under the waterfall, I see the sun sparkle thru the water and I know I am refreshed, recharged and ready to go on with my journey – skin tingling and super-charged, ready to give 100%

Shouting with joy and exhilaration – I quote the words of Og Mandino – last line of the first scroll in his book “The Greatest Salesman in the World”,

I loved this post Connie!! Just reading it brings a sense of calm and peace. Love the water theme.

Thank you so kind of you – glad to know you liked the water theme – wondering if I could keep it going. I tried viewing your post quickly but I just got your about me page, so will try again later. See we are both network marketers. I wish you a wonderful, successful journey!

hey just read your blog – good you are expressing your feelings and I know you can do this – if you know the song “This little light of Mine” maybe try singing it and put the words in I can be – what I will be Do it now etc. Singing will make you happier – even hum it – the words will be going thru your head. You can do it!

Stunned. I sit in your watery refreshment and realize we share the same energy, light, life and love. BeBlessed – Darren

Thank you for the kind words – I am very busy at the moment but plan to look at your blog, but have been following you in the Alliance section. I wish you great health and wealth! Connie

I also wrote about how kids look at life with innocent eyes. Thanks for sharing. I can really picture it.

Thanks Debra – what is l”your book title? Mine was “Indigo Boy and Crystalline Girl” Thinking I should add to my DMP to get the second book published in the future – I already have listed helping children with autism with my mlm product. Your comment might have been the nudge I need? Thanks Hope you have a great week!! hugs Connie

Beautiful Connie!
You are progress well. I still can’t help think the water theme has some relation to the times up here at the cottage.
Bravo!

Water and Wilberforce have so much to do with each other. People are talking about their dreams and I always dream water is coming in a cottage and I go out into lake etc. But, I loved being at the cottage when I was young and have wonderful memories of it!

I just got thinking that when I get a compliment, I should say ‘thank you’ and you have given me several today. So, ‘Thank you” friend!